At each annual awards dinner, a prominent Guest of Honour is invited to present the respective awards to the recipients.  We are deeply honoured to have had those below attend, and thank each for giving their time so generously. 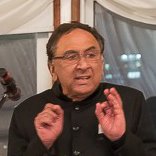 Mohamed Iltaf Sheikh is a life Peer, elevated to the Lords in 2006.  He sits on the Conservative benches.

He is the chairman of several companies operating in the insurance, financial services and property sectors and is a major award recipient. He has held prominent positions in the British Insurance Brokers Association and the Chartered Insurance Institute.  Founder and current President of the Conservative Muslim Forum, he is patron of several Muslim and non-Muslim organisations and works actively to promote the strengthening of relations between racial and religious groups. He has been awarded an honorary doctorate for humanitarian work, and brought up in a multi-racial community, he speaks several languages. 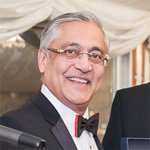 Kamlesh Kumar Patel, Baron Patel of Bradford, OBE is a cross-bench member of the House of Lords.

A qualified Social Worker, he worked in inner city Bradford and then established a number of Third Sector agencies working with those misusing drugs and those with mental health problems; later moving to academia working with a number of universities.  Having been appointed an Officer of the Order of the British Empire (OBE) in 1999, he was created a life peer with the title Baron Patel of Bradford.  (During the 2018 BCHA awards event, Lord Patel acted as both host and Keynote speaker.) 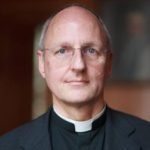 The Very Reverend Dr David Ison, is the Dean of St Pauls in the Diocese of London.
Brought up in Brentwood, David went to university in Leicester and theological college in Nottingham, before his curacy in Deptford, where he engaged in inner-city ministry and studied for a PhD in early church history. He was ordained in 1980 and has held a number of posts, leading to his being appointed to his current role in 2012. Famously, in 2012, he led the prayers at the service of thanksgiving marking the Diamond Jubilee of Her Majesty Queen Elizabeth II. 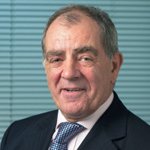 Colonel Godbold is the Representative Deputy Lieutenant for the Royal Borough of Kingston upon Thames. He is currently the Director of the charity, “Horse Rangers”, at Hampton Court, and a former Territorial Army Colonel, for which he was in part awarded OBE. In addition to a multitude of other roles and notable acts, he is the Common Cryer and Sergeant at Arms for the City of London, and was responsible for the introduction of the Kiwi fruit into the UK, Europe and Scandinavia. 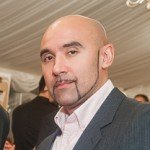 Lindsay Johns is a British writer and broadcaster. He has written for The Evening Standard, The Times, The Daily Mail, The Daily Telegraph, Prospect and The Spectator, as well as The Root in the USA and the Cape Argus in South Africa. In addition, he frequently appears on BBC radio and television.

He is currently a Non-Residential Fellow at the Hutchins Center for African and African-American Studies at Harvard University. 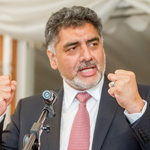 James is best known as a former investor on the BBC television program Dragons’ Den. Despite leaving school before finishing his ‘O’ levels, he has achieved remarkable success as an entrepreneur and businessman.

In addition to his many business activities, he has been involved with numerous charities, is Chairman of the UK Government’s “Start Up Loans Scheme” and in 2006 founded the James Caan Foundation. 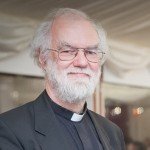 Amongst his very numerous titles and awards, Dr. Williams is by far best known for the position he held between 2002 and 2012, the Archbishop of Canterbury.

He has been widely viewed as one of the worlds foremost theological thinkers, and we were immensely privileged to have him as the Guest of Honour at our 2013 awards event.
. 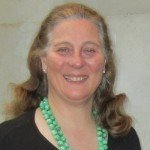 HRH Princess Katarina, is the great niece of HRH Prince Philip, The Duke of Edinburgh. She is a close member of the Royal Family and as such occupies the unique position of knowing from her own personal experience what is truly required of a born Princess.

She has a daughter, Victoria, named after her great great great great grandmother, Queen Victoria, lives in London and frequently undertakes duties in aid of various charities. She is currently President of the Guild of Travel and Tourism. 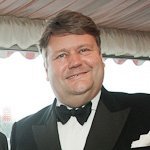 2011:  Lord Strathclyde, The Leader of the House of Lords

Lord Strathclyde is Leader of the Conservative Party in the House of Lords, a post he has held since 1998. He was made a Privy Counsellor in 1995, and he has been a member of the Shadow Cabinet since 1997.
He was born in Glasgow in 1960, and continues to divide his time between his home in Scotland and his work in London. He speaks fluent French and studied at the Universities of East Anglia, and Aix-en-Provence. He is a member of the cabinet.
. 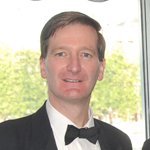 Dominic Greave QC MP is the Attorney General. He is Member of Parliament for Beaconsfield, and during the last few years, he has held the posts of Shadow Attorney General, Shadow Home Secretary and Shadow Secretary of State for Justice, where he continued with his frontbench role in criminal justice matters, constitutional affairs and ethnic diversity. He has been a Member of the London Diocesan Synod of the Church of England and is a deputy Church Warden.
.

Eric Pickles was first elected as Member of Parliament for Brentwood and Ongar in 1992, and was recently appointed Chairman of the Conservative party.
Described in the media as a ‘heavyweight’ and ‘working class tory’, Eric has spent the last two years as shadow secretary of state for communities and local government.
.

A Labour party MP between 1974 &amp; 1979, Baroness Hayman was made a life peer in 1996. She has subsequently held the posts of Minister of State, Ministry of Agriculture, fisheries and food, Parliamentary under secretary for both Departments of Health and Department of environment.
Outside politics, she has had long standing involvement in health, and has served on Medical ethics committees and governing bodies in National health charities.
In 2006, she won the inaugural election for the newly created position of Lord Speaker Of the House of Lords.

Lord High Constable of Scotland is a hereditary, now ceremonial, office of Scotland and was, after the King of Scots the supreme officer of the Scottish army.  The office became hereditary in the 12th century and was held by the Comyn family.  Since then it has been held by the Hays of Erroll, later Earls of Erroll.  In 1952, the court of claims allowed the right of the countess of Earrolls, as Lord High Constable, to be presented by the Deputy of the coronation of Queen Elizabeth II.
In 2007 the current Earl of Errol, the 24th, sat on the science & technology select comm’s sub –comms.  He currently resides in Hampshire in England.

Prince Michael of Kent GCVO (Michael George Charles Franklin; born 4 July 1942) is a grandson of King George V and Queen Mary, making him a cousin of Queen Elizabeth II. He is also the first cousin once removed of Prince Philip.  Prince Michael occasionally carries out royal duties representing the Queen at some functions in Commonwealth realms outside of the United Kingdom. Otherwise, he manages his own consultancy business and undertakes various commercial work around the world.  He has also presented some television documentaries on the royal families of Europe. He is named after Grand Duke Michael Alexandrovich of Russia, the younger brother of Tsar Nicholas II of Russia, and first cousin of three of his grandparents.

The Rt. Hon. Lord Ian Blair Commissioner of police is a retired Police man who held the position of Commissioner of police of the Metropolis in 2005.  He has the highest ranking officer within the Metropolitan police service. He was born in Chelsea and while serving as a Deputy commissioner, he gained a reputation for being a ‘thinking man’s policeman’.
He called for more female, ethnic minorities and gay recruits.

In 2002, He was appointed Ambassador of to the United Kingdom and Republic of Ireland by custodian of the two Holy Mosques King Fahd bin Abdulaziz.  His Royal Highness is involved in a number of cultural and social activities.  He is one of the founders of the King Faisal Foundation and is is the chairman of the King Faisal Centre for research & Islamic studies. He is also co chair of the C100 Group, which has been affiliated with with the world Economic Forum since 2003.

2002:  Rt.Hon. Lord William of Mostyn, Speaker of the House of Lords

Welsh Barrister and Labour politician, Lord William of Mostyn was made a life peer in 1992.  Lord president of the council and a member of the cabinet, he had a successful legal career becoming a Queen’s counsel, Recorder, Deputy High Court Judge and Chairman of the Bar council. He was made a life peer as Baron Williams of Mostyn of Great Tow in Oxfordshire in 1992 and became an opposition spokesman in the House of Lords on legal affairs and later in Northern Ireland.

The Rt. Hon. Clair Short MP is a British Politician, and a member of the Labour party.  She is the member of Parliament for Birmingham Ladywood.  After the 1997 UK general election the Overseas Development Administration was given full departmental status as the Department for International Development, with Short as the first cabinet-level secretary of state for international Development. She retained this post throughout the first term of the Labour government, and beyond the 2001 general election into the second.

Disclaimer: The descriptions were correct at the time of the respective awards event, and are not being updated.